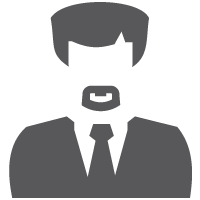 Hello, my name is Eric. Welcome to my blog. I recently moved into a new property in the suburbs of Brisbane, Australia. The place was in a great location and had nice views out over the city. However, the house itself was a little run down. I didn't know a lot about DIY so I called in a team of contractors to sort out the electrical system, the plumbing and the brickwork. The guys were great and completed the work in no time at all. They also gave me some great tips which have helped me to continue working on my home. I hope you find my blog useful.

The average earthmoving services company in Australia will have a wide range of mechanical equipment they can call upon in order to carry out the initial stages of any construction project. A typical earthmoving contractor will have plenty of manual tools at their disposal, such as pickaxes, shovels and wheelbarrows. However, other than these hand-operated tools that any general contractor is likely to possess, earthmoving services firms will also usually own their own fleet of mechanised equipment and earthmoving vehicles. What are some of the most commonly seen types today?

As an essential bit of kit for any serious earthmoving services company, a bulldozer is used to simply shove earth out of the way. Many will run on a pair of caterpillar tracks which gives them an incredible amount of traction, even on the unsettled ground. The front blade of a bulldozer can usually be adjusted for various sorts of jobs. This means that it can either push the soil away in front or to the side when cutting a channel as preferred. Many bulldozers have a pair of powerful hydraulic rams fitted which help to push the blade forward and keep the vehicle moving even in the toughest of conditions.

Excavators are another very common sight on Australian building sites these days. They are used for picking up earth and transferring it to another location via a hydraulic, articulated arm. Most have a bucket attachment on the end which pinches into the ground and lifts up the earth, rocks and rubble in a single operation. Excavators can be extremely large indeed, especially those which are used in the road-making industry. However, mini-excavators are also extremely popular for digging foundation trenches in back gardens for relatively modest domestic building projects, too, such as home extensions. In many cases, excavators will place their bucketloads into a dump truck, another specialist vehicle that is often owned by earthmoving contractors.

With a pair of distinctive rear axles and another one at the front, graders are extremely useful earthmoving vehicles, although they do not have the same power as either bulldozers or excavators. Essentially, they are used to finish off the work carried out by other machines by ensuring that land is left perfectly level once they have passed over. With a cab that sits towards the rear and a blade that pushes excess earth to the side, graders are able to flatten out large sections of land at an incredibly fast rate.